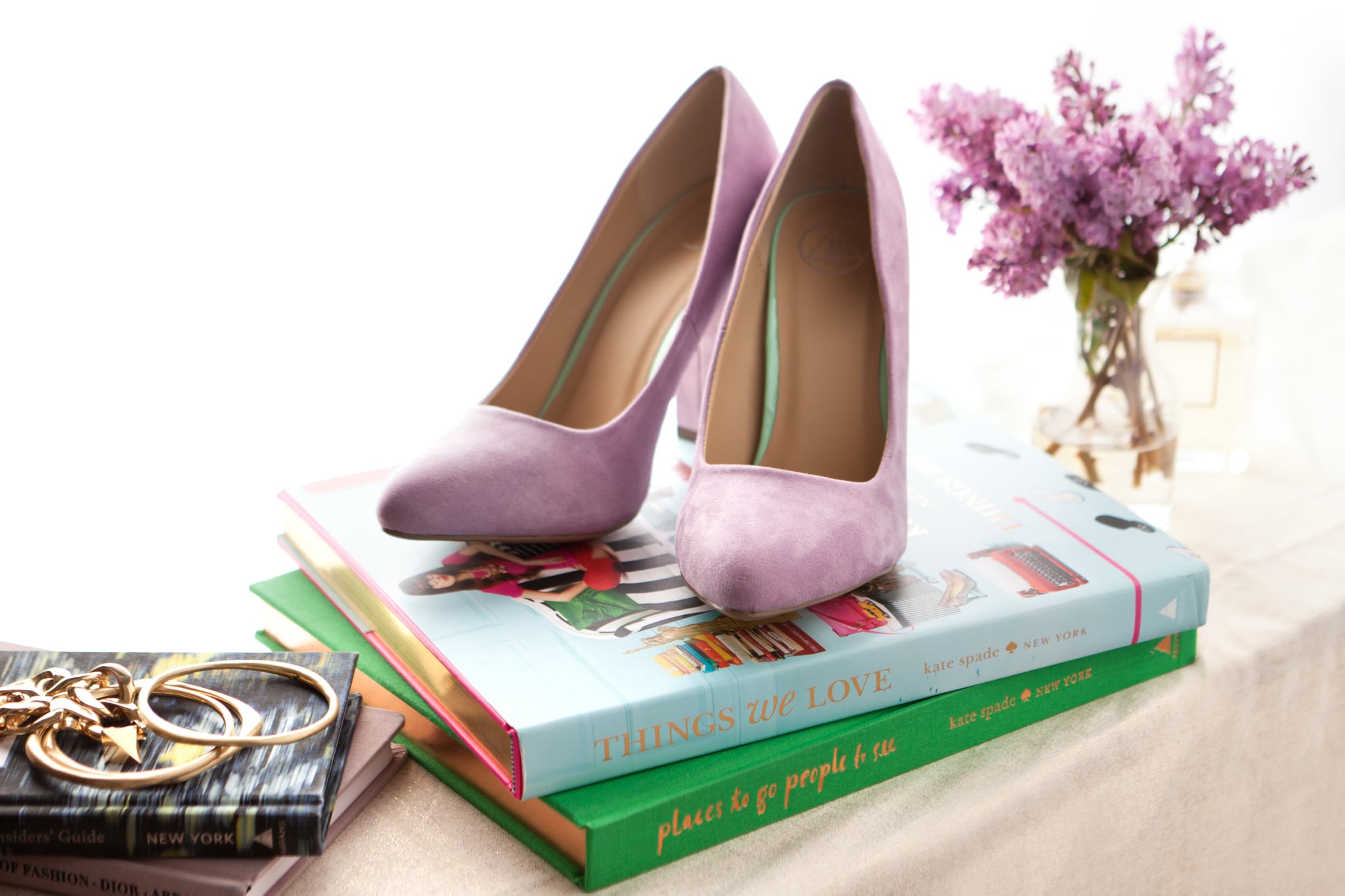 I remember my first job clear as day. I was a lifeguard at the local high school pools, and I've got to say — I had it pretty good. My primary duty was to sit there and watch the patrons, keeping a close eye on the ones who were weak swimmers. So that's what I was doing the majority of the time: sitting on a stool, turning my head back and forth. Occasionally, I'd get up and walk around.

However, sometimes I had to do stuff I really, really didn't want to do. If a competitive swimmer puked after a long, hard race, the lifeguards had to clean it up. If a little kid took a sh*t in the pool, we had to fish it out (UGH). On our off shifts, we would scrub mold off the shower walls, spray down the locker room bathrooms (which could get pretty grimy), and wipe the cobwebs out of random corners of the facility. The worst duty, however, was making the place spotless after a swim meet. The pool deck, which was pretty sizable, would be littered with soggy PowerBars and popcorn and bagels and potato chips and whatever else the concession stand was selling that day. It was our job to step around the mess and clean it all up, using gloves, a big trash bin, and a hose.

The best lesson I learned at my first job was humility. Wiping down poop-stained pool toys taught me that no one person is better than another. And today, I'm all the more grateful that I entered a field I really love — my current job involves duties I enjoy carrying out. Every day, I get to write about career, travel, dating, books, and sex. Altogether, I feel pretty #blessed. (Most annoying hashtag in the world, but totally appropriate in this case.)

I asked the POPSUGAR editors the most impactful lesson they learned at their first jobs, and the results were nothing short of awesome. Like me, you may learn a thing or two from their stories. Check it out.

My first job was an editorial assistant at a small magazine in LA. Definitely a little harsh, but it's been super useful. Since it was my first job, I really didn't know how to do anything. So I went to my seniors constantly: "I can't do this because X," or "This story is late because X." Again, it was WAY HARSH, but I learned the importance of figuring it out. No one cared why an assignment was hard, or why a story came in late. It was up to me to problem-solve on my own, and that was an invaluable lesson. I'm able to figure out so much stuff now just because I force myself to figure it out. And more often than not, I do figure it out, and I surprise myself.

2. Lesson: Working with others can teach you how to communicate effectively.

I worked at a cafe/bakery as a cashier in high school. From ages 15-18, I worked every day after school and on Sundays. I really learned to break out of my shell and communicate effectively with all sorts of people and work in a fast-paced environment. The skills I learned at that first job have been invaluable. Taking on that much responsibility and developing good work ethic has helped me for every job since.

At my first job, I worked in a sign-making factory doing manual labor of all kinds of varieties during third shift with my dad (everything from working on an assembly line to packing boxes and folding signs). The biggest takeaway I got from it was just a huge amount of respect for him for the hard work — he did really tough manual labor every single night to support our family. We were on our feet all night, and it was a hard job. That Summer just made me appreciate my dad even more than I already did.

4. Lesson: Try not to burn bridges.

I worked at a PR agency straight out of college with a very difficult boss. She was demanding, prone to emotional mood swings, and manipulative. I would come home crying almost every day. As challenging as it was, I still treated her with respect and never said/did anything I'd regret later while I was looking for a new job. I was able to quit without any sort of drama, and I could still use her as a reference to this day. I learned a very important lesson that no matter how frustrated you are at a job (or at an apartment, relationship, etc.), you should try your absolute best not to burn bridges along the way.

After partying too hard one night my sophomore year in high school, my mom made my hungover brain look for a job — and I came home with a very bizarre one at a weird jewelry and world-craft beach shack that I kept for a year. The owner lived on his boat, the back room always smelled like a mix of patchouli and other herbaceous delights, and the whole place was an awesome mess. My second day, he left me in the store by myself, and the credit card machine stopped working. I could not get in touch with him and had to figure everything out on my own, and it was one of the very best lessons I ever received. My 16-year-old brain could have very easily freaked out, but instead I kept my cool, did my best to remain charming with customers, and seriously faked it till I made it. I was livid at the time, but now I'm grateful the whole fiasco happened, because I had to learn how to adapt. Fast.

My first job was an assistant at an animal day care. It seemed like the ideal Summer job — I'll get paid to play with cute animals all day? Um, SCORE. Turns out I was actually getting paid to walk multiple dogs in 100-degree weather, clean up never-ending cat and dog excrement, and run interference on warring Rhodesian Ridgebacks. That Summer taught me that a job is just that — a JOB. Yes, it can be fun, but you're there to work. And even if that work is sometimes (literally) crappy, you still just have to suck it up and do it.

This wasn't my very first job, but it was my first "real" job after I graduated from college. I was an investment banking analyst. My boss told me to never, ever come to a meeting without a notebook and a calculator. Along the way I started leaving the calculator behind, but to this day I still go to every single meeting with a notebook, even if there is very little chance that I will need it.

I was 16 years old when I got my first job as a busser at a locally owned restaurant in my hometown. I was clearing tables, seating guests, making milkshakes, and cleaning up after closing time. It seems like small mindless tasks, but every little thing counts. I learned that you can't get lazy with those little things. It's when you put your all into everything you do that you truly stand out as an employee. The waiters and managers take notice — you will be rewarded for attention to detail. Your superiors really appreciate the simple extra steps you take to make everyone's job easier.

As much as my first job sucked, I'm glad I had it. I was a cashier at a fast-food restaurant in the South called Cookout, and I basically worked full-time all Summer long. I'd sometimes work from 11 a.m. to 11 p.m., taking endless orders through the ancient drive-thru speaker that was impossible to hear through over the cars' engines (yes, there's a reason people ask you to repeat your order). But the job taught me how to have a strong work ethic, patience, and attention to detail. It was mind-numbing work, but I worked hard and learned how to communicate with co-workers and take direction from managers. I also learned that hard work pays off: I got ~*Employee of the Month*~ after my first month and got a whopping 25-cent raise!

10. Lesson: Be careful who you associate yourself with.

During a Summer internship, the woman in charge gave me some harsh but helpful advice as I was leaving. She told me to be careful who I associate with at the workplace. There were a couple other interns I would go to lunch with every day, and they had gained a reputation for having a

11. Lesson: Always do more than what's asked of you.

My first job title was executive assistant. The best thing I learned was to always do more than what's asked of you. It seems obvious, but you'd be surprised by how many people I've worked with in various jobs who do only the bare minimum of what is required, and then go nowhere in that position. I learned to get to work early, stay late, ask for more responsibilities, and never let myself plateau in my position. Doing this makes you stand out among the other employees who are content to just coast through their job.

Just because you're one month out of college, doesn't mean you should be dressed in what you'd wear to class.

My first job ever was when I was 18, as an administrative assistant temp at a medical corporation office. I was only needed for four weeks and the tasks were pretty mundane, but I learned that no matter what your position is or what your duties are, to carry them out with enthusiasm and 100 percent effort. Just from my few weeks working there, they remembered me a year later when they needed a full-time HR administrator. I didn't take the job, but it was nice knowing that I made a strong enough impression during my time there.

Wellness
Free People Has a Secret Treasure Trove of Wellness Products, and We Found the Best Ones
by India Yaffe 2 days ago 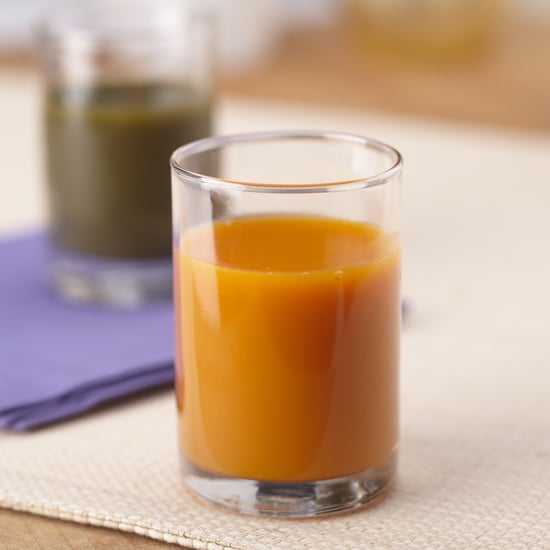 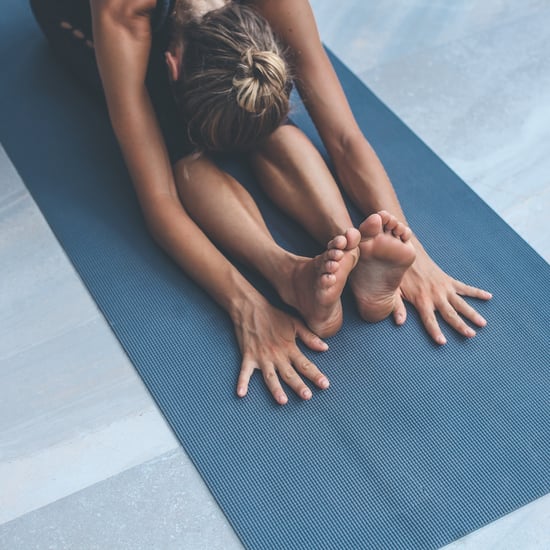 Healthy Living
Sit at Your Desk All Day? Loosen Up With an Assisted Stretch Session
by Victoria Moorhouse 2 weeks ago 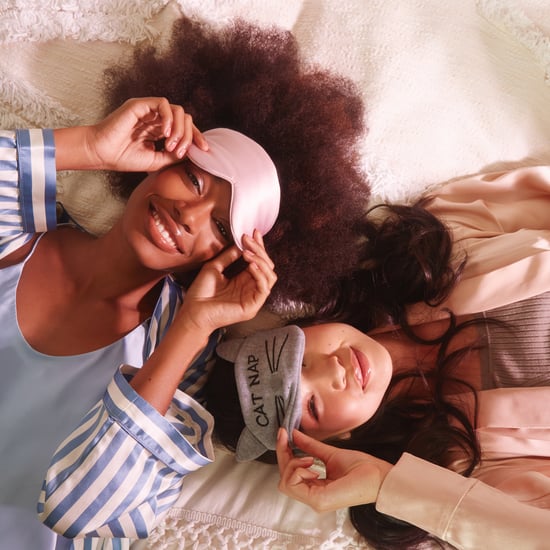 Wellness
26 Wellness Products You Need to Get Through the Year, All Under $50
by India Yaffe 1 week ago

by Murphy Moroney 16 hours ago

Zaire Wade Supports Zaya in a Heartfelt Post: "You Are My Best Friend and I Love You, Kid"

by Perri Konecky 20 hours ago

Get Ready to Fall in Love With Netflix's To All the Boys: P.S. I Still Love You Soundtrack

by Perri Konecky 1 day ago

by Brea Cubit 1 day ago

by Victoria Messina 2 days ago

To Girlfriends! The Women of Parks and Rec Reunite For a Sweet Galentine's Day Photo

by Brea Cubit 2 days ago

No Matter Your Age, Michelle Obama's Body-Image Advice Is on Point and Refreshing

by Tamara Pridgett 2 days ago